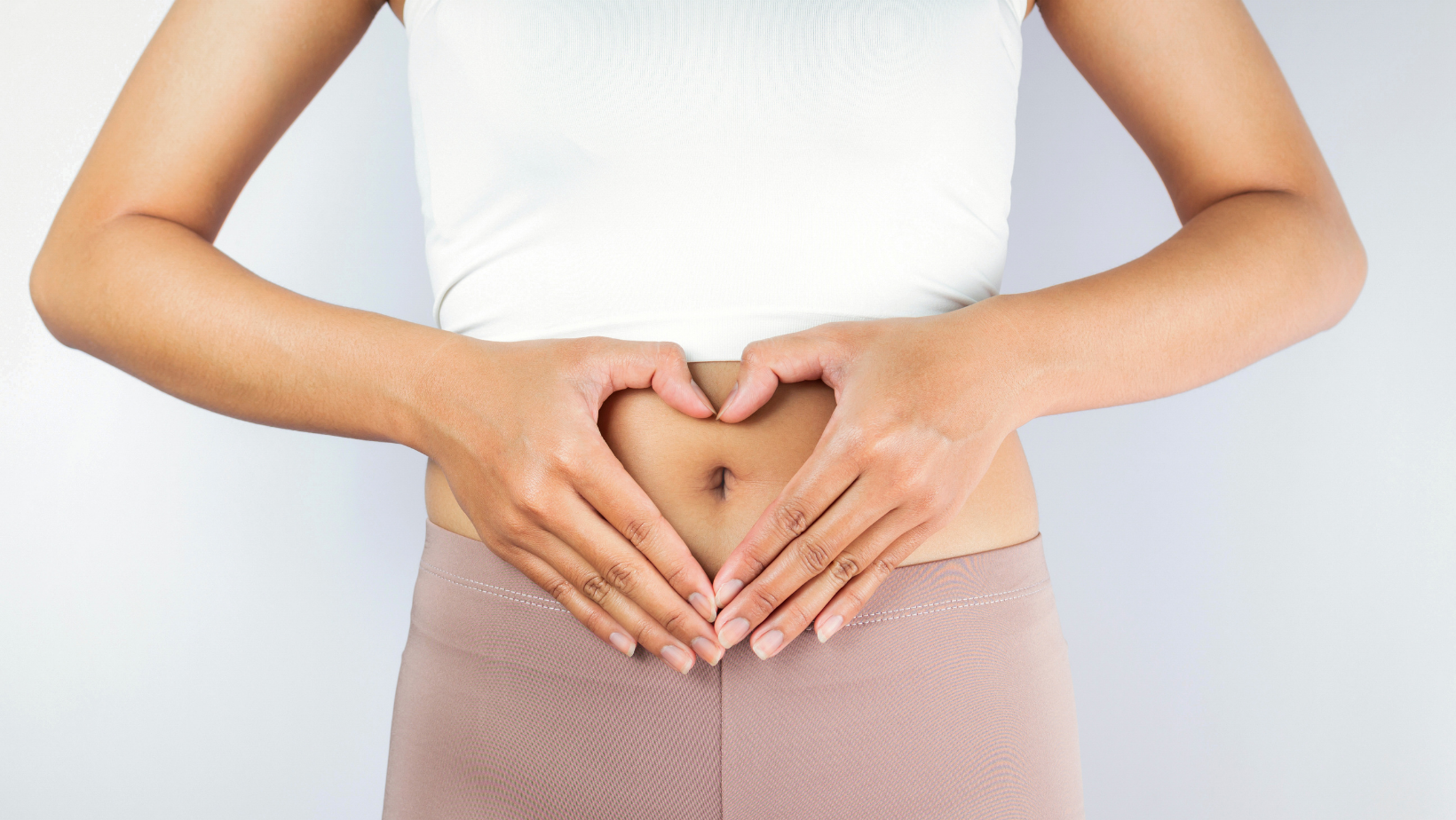 The following case studies are meant to illustrate how a naturopathic approach can make a big difference in those suffering with chronic digestive issues. I see these kinds of conditions daily and I see the frustration and disruption they can bring. Naturopathic medicine provides an opportunity to not only address digestive problems head on but to prevent them from coming back.  Here are 3 ways a Naturopathic doctor can help with digestive health.

Patient A was suffering with a hoarse voice, constant throat clearing and an unrelenting sensation of a lump in her throat. These are classic symptoms of silent reflux or laryngopharyngeal reflux (LPR). Silent reflux is called “silent” because the symptom of heartburn is absent. Anyone dealing with frequent throat clearing will tell you it is anything but silent.

In addition to this, she was only having 1-2 bowel movements per week. This is VERY sluggish. She first saw an otolaryngologist (an ear, nose, throat specialist) who did a laryngoscopy and confirmed the diagnosis. This is where they stick a camera into your wind pipe to look at your vocal cords and surrounding tissues. She had two nodules on her vocal cords, the tissue was inflamed and covered in mucus. No wonder why she was clearing her throat all the time!

She was told to double up on her prescription antacids. These didn’t touch her symptoms.

Then she came to my office. In that first visit we determined she had a very elevated Reflux Symptom Index (RSI) score. This is a validated questionnaire I use to help with the diagnosis of LPR and to monitor treatment progress over time.

Here’s what we did to heal her reflux symptoms:

I first treated her by using a type of manual therapy called visceral manipulation. This was done in the area of her diaphragm and stomach. This can be helpful for treating different types of reflux, especially if there is a hiatal hernia.

Next, she was taught how to perform diaphragmatic breathing. This can be an effective breathing technique for reflux disorders as it strengthens the anti-reflux barrier. At the same time she sought out speech therapy for help in vocal retraining. Finally, I prescribed  soothing herbs and made some dietary suggestions to improve both the reflux and the constipation.

At each visit we saw her RSI score reduce substantially. At first her score was cut in half. Then it reduced by another 50%. Now, her scores are normal and she no longer classifies as having silent reflux.

More importantly though, she found her voice.

The lump in her throat no longer happens. Much to her and her family’s delight, she no longer needs to clear her throat on an hourly basis. If that wasn’t good enough, a follow up laryngoscopy with her specialist showed her nodules had cleared, the inflammation and mucus resolved. Her bowel habits have improved significantly as well. She was able to successfully discontinue her antacid medication without further aggravation. This all happened in the span of 6 months – a typical time frame for healing from silent reflux.

Patient B was experiencing diarrhea daily for the past 15 years before he walked through my doors. Initially, he was diagnosed with celiac disease and thought his troubles would resolve by following a gluten free diet (GFD). Despite being vigilant on his diet, they didn’t. He resolved to thinking he had done everything he had been told to do and that maybe this was just “his normal”

Chronic watery diarrhea is NEVER NORMAL! So, what was going on here??

Celiacs often have severe leaky gut even after going on a gluten free diet. Many will have digestive symptoms persisting well after they’ve initiated a GFD. It can be as simple as unknowingly being regularly exposed to gluten. Or there may be more going on.

No one had ever ordered a stool test for him. So we ran one.

As it turns out he had two intestinal parasites, a positive culture for Candida albicans indicating a yeast overgrowth and several positive cultures for gram negative bacteria like Klebsiella, Citrobacter and Enterobacter. All signs indicating bacterial and fungal overgrowth. These bacteria contain proteins on their outer wall called lipopolysaccharides (LPS) that can stress our immune system and increase inflammation in our gut. These bacteria can cause leaky gut. Even worse, if they get into our bloodstream they can cause systemic inflammation resulting in arthritis, brain fog, fatigue and many other symptoms.

He had all the classic signs of a leaky, unbalanced gut. So we got to work.

Here’s what we did:

We started him on a broad spectrum anti-microbial to address the yeasts, parasites, and gram-negative bacteria. We supported his leaky gut by providing potent digestive and immune support. He was coached to drink more water, begin exercising again and see a massage therapist

“I haven’t had a solid bowel movement in 15 years”

At our next follow up he couldn’t believe the difference. The grumbling in his gut finally went silent. He started having solid poops again and without the urgency. In a moment of excitement he shared it had been nearly 15 years since he had a solid bowel movement!

A 7 year old boy (now 9) presented to his local emergency department the night prior to our initial appointment for abdominal pain around his belly button.  Appendicitis was ruled out. A fecal calprotectin was within normal limits (ruling out Crohn’s and colitis). Celiac disease testing was negative. He was discharged and reassured nothing was wrong.

His mother, exhausted and in tears sat down with him in my office the next day and laid out his clinical history. It turns out he had been experiencing pain on a daily basis for an entire year!  At one point he asked me a heartbreaking question:

We started digging into some of the details.

The pain would come and go with an inconsistent relationship with eating. There were no changes to his bowel habits. He was not constipated nor having diarrhea. He also described having a noisy belly which he said sounded like “popping gas”. Listening to his abdomen with a stethoscope I could hear a significant amount of gas.

I suspected he was either retaining gas or generating too much of it. This is a common scenario I see in the clinic. Next, we ran a small intestinal bacterial overgrowth (SIBO) breath test. He tested positive for hydrogen-dominant SIBO. This test is often positive in children with carbohydrate intolerances.  We established a diagnosis of functional abdominal pain (FAP) with underlying SIBO as a root cause.

Here’s what we did:

We first began treatment by having him exclude foods containing fructose, lactose and wheat. These foods contain carbohydrates that some bellies are sensitive too. While doing this we sorted out the SIBO. He was prescribed a probiotic yeast, was treated with gentle antimicrobial herbs. He was given digestive bitters to improve digestion of food and enteric coated peppermint oil to settle the pain in his belly.

While doing this I spent some time educating his mother. Unfortunately this isn’t a common practice in medicine. Parents want to be reassured that their children’s experience doesn’t come with a serious disease or life sentence. In fact, many parents of children with digestive issues struggle with health related anxieties.

He worked diligently on all my recommendations over the last year. I’m happy to report today that he has been pain free for nearly 3 months and has completely resumed an unrestricted diet – full of yummy foods – without any digestive issues. He and his mother are both thrilled!

He can go back to being a kid again!

Now It’s Time For You to Succeed

If your struggles sound familiar to the stories I shared above – know that YOU ARE NOT ALONE.  If you’ve exhausted your options with conventional medicine or just looking for a different approach  –  one that looks to correct the underlying cause – you’ve come to the right place. That’s the kind of approach I take!

You can schedule an initial visit with me at Natural Choice Medical Clinic in Guelph. I am offering In-person and virtual appointments!

Let’s get to work!