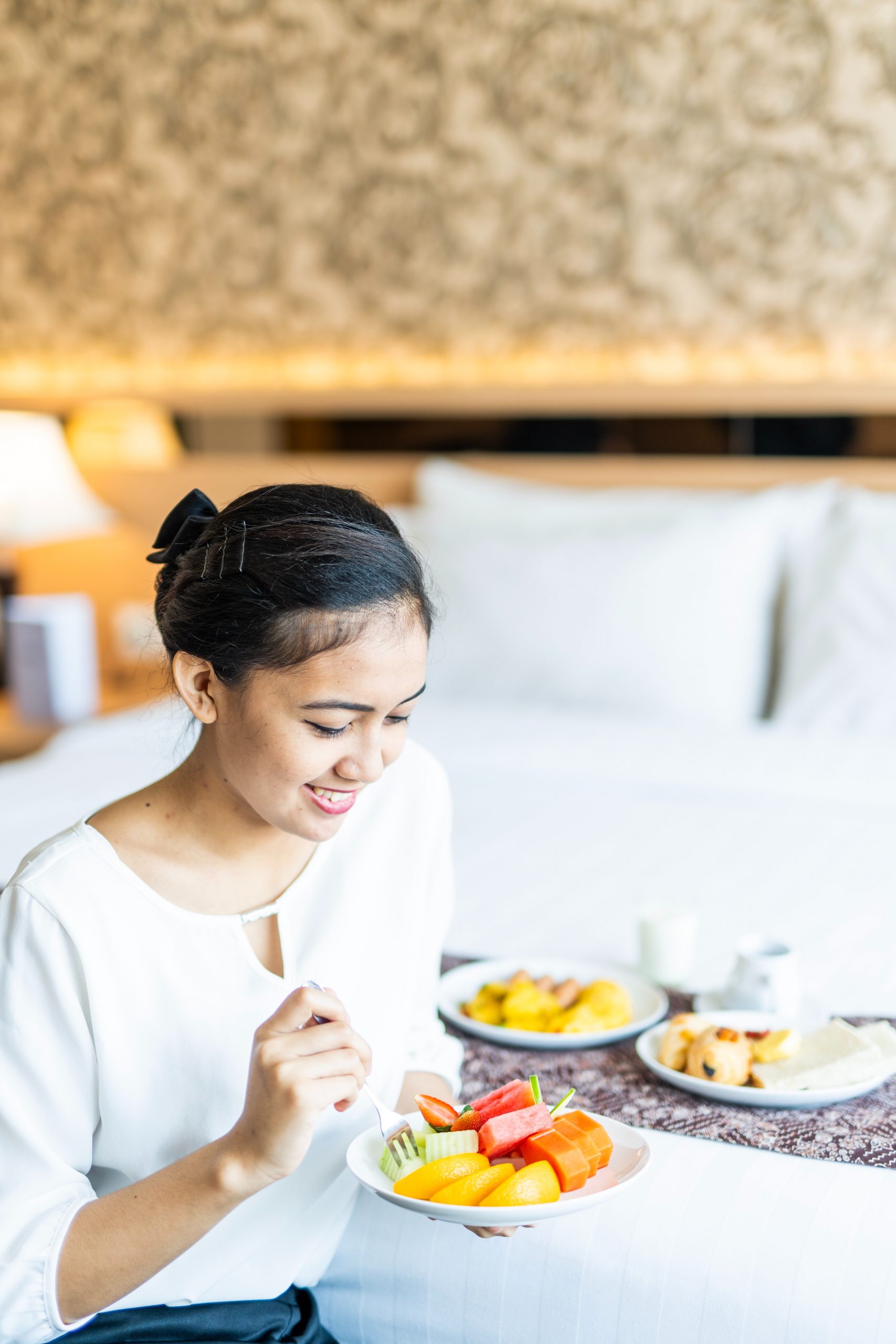 Some really wise people from history understood the importance of digestion to ones’ health and vitality.

…And so does health!

Voltaire said: “The fate of a nation has often depended upon the good or bad digestion of a prime minister.”

A bit dramatic that one?!

Finally, Jean-Anthelme Brillat-Savarin exclaimed: “Digestion, of all the bodily functions, is the one which exercises the greatest influence on the mental state of an individual.”

Indeed, the gut is spectacular in its design. It has wide-spread effects on the entire body. It has an absorptive lining with the surface area the size of a tennis court. It has its very own nervous system. It is also home to the most robust living, detoxifying, symbiotic partner: the microbiome (aka the bugs in your gut). So yes, gut health and good digestion is critical to good health.

In this article, Naturopath Dr. Andrew Hubbard, digests the concepts and science behind our biggest internal ally, our digestion. He’ll explore the connection between good digestion and your skin, your immune system and even your mood! Here are 3 ways the gut impacts your health.

What Does “Good Digestion” Actually Mean?

This is a bit of a confusing topic for most. And I like to break it down into different layers, sort of like peeling back the layers of an onion.

At the most superficial layer, having a comfortable, well-formed bowel movement one to three times per day is a good start. In my office we use something called the Bristol Stool Chart to assess this first layer (See chart below).

Now if you’re having type 3’s and 4’s you’re doing well. But that’s just the beginning of our assessment.

I like to use the analogy of a car here. At its most basic level the car works. No warning lights are on, your breaks are working properly. Your car is drivable. Which is good, no doubt!

Now, before exclaiming: “My digestion is great…”

Consider sticking with me as we explore the nuances of “great” digestion.

In the second layer, I look for digestive symptoms like bloating or belching, heartburn or discomfort, especially after eating. This can tip me off to problems within the gut. Problems such as a digestive enzyme deficiency, poor gut motility, or an imbalance of bacteria in the gut to name a few. Brain fog, fatigue, joint pain and changes in your mood can also be warning signs from the gut that something is off.

Do you have the right balance of bacteria in your gut? Is this impacting your health? Is your microbiome working for you or against you? As a digestive naturopath, these are the questions I ask. Telling me that you poop every day isn’t good enough! And with that, let’s look at the first important way digestion impacts our health:

It’s incredible to think that over 70% of our immune cells are in our gut! It’s then no surprise that gut health can really make or break our immune system.

Let’s break this down!

So the gut is directly exposed to the outside environment. It absorbs nutrients for us. It feeds us. And it protects us from the outside world. It does this with the use of the intestinal barrier. It is composed of intestinal cells, immune cells, mucus and bacteria. Together they form a chemical, physical and microbiological wall.

As I mentioned, we have immune cells that line the gut. Their job is to sense when something shouldn’t be there. And when something catches the immune cells attention, they mobilize to tell other areas of the body that something is wrong.  In essence, they educate or “warn” the immune cells in your sinuses, your ears, your lungs to respond in a similar way. Often producing mucus, causing you to cough, sniffle, or sneeze.

The different branches of our immune system are like different stops on a subway route. In this example, the gut is the central terminal!

This can go one of a few ways:

Your immune system becomes overactive. Perhaps you’ve developed an autoimmune disease like lupus, multiple sclerosis, Psoriasis, or rheumatoid arthritis. Well, research supports a link between autoimmune diseases and the type of bacteria one has in their gut. Who knows, perhaps influencing ones gut bacteria through diet, exercise and pre- & probiotics may become an accepted medical treatment in the future. Crazier things have happened!

Maybe you’re prone to seasonal allergies. You may not know it but an overactive immune response in the gut leads to an overactive immune response in the sinuses. This means that “silent” inflammation from the gut may be contributing to the severity of your symptoms. As it turns out, certain probiotic bacteria can reduce symptoms of seasonal allergies like sneezing and runny nose. I think that speaks pretty strongly to the impact gut bacteria have on the immune system.

You catch a cold or flu every time someone sneezes or when you don’t get a good nights rest. Or if you’re like me, and as a child you had frequent ear, nose and throat infections, there’s a good chance your digestion is affecting your susceptibility to those infections.

A fascinating medical discovery within the last decade is that we’ve learned that gut bacteria can influence our mood and brain health.  In fact, the term “psychobiotics” was coined in recognition that some probiotics have influence on our psychological well-being such as reducing anxiety and improving our mood! It turns out gut bacteria help us create neurotransmitters. These are brain chemicals that help us feel motivated, happy, relaxed and focused.

For example, certain types of gut bacteria can make serotonin from dietary amino acids like tryptophan. You may recall tryptophan from turkey dinners. The adage goes that consuming turkey on thanksgiving makes you sleepy. While the sleep-induced turkey dinner theory is dodgy at best, it is true that tryptophan can support healthy sleep patterns.

Speaking of sleep, did you know that we produce 400 times more of the “sleep hormone” melatonin in the gut than we do in the brain? Beside neurotransmitters gut bacteria also plays an important role in regulating inflammation, a key driver in depression, anxiety, Alzheimer’s disease, and many other brain & mood disorders.

Finally, science has supported the concept of the gut-brain axis. In simple terms this means that the brain influences the gut. And in turn, the gut influences the brain.  It’s a fascinating connection, one that needs to be nurtured for optimal living.

Several chronic skin conditions have their origins in the gut.

Consider rosacea, the rosy skin condition that affects the face and the eyes.

Studies have shown relationships between rosacea and overgrowth of bacteria in the stomach and small intestine. H. pylori, a bacteria that infects your stomach and causes ulcers and even stomach cancer, is associated with rosacea. In fact, when rosacea patients are tested and treated for H. pylori infections, their skin improves! More so than the established treatments for rosacea. And, as H. pylori infects up to a third of the world’s population, most show no digestive symptoms at all.

Another great example can be found in undiagnosed celiac disease. Celiac disease is a digestive disease triggered by the ingestion of gluten. Often it will cause a characteristic skin rash. This promptly resolves when the gut heals from gluten removal.

Finally, Research has determined that those experiencing psoriasis have an increased leaky gut compared to controls. Leaky gut, aka intestinal permeability, is when the gut barrier lets in more stuff then it should. This can encourage proteins from dead bacteria to enter the blood stream. This causes immune activation and inflammatory chemicals to deposit in sites other than the gut such as the joints, skin and brain. It would make sense that strategies aimed at repairing leaky gut could be beneficial for psoriasis sufferers.

These are just a few examples of some established relationships between the gut and skin disorders. But even more commonly I see patients suffering with acne and eczema clinically improve, often quickly, when we optimize their digestive health.

Of course there are many more ways our bodies are affected by poor digestive health. Like throwing off your hormones, increasing the pain in your joints, or even predisposing you to heart disease. But I think you get the point. Digestion is important and the gut is the most important garden you’ll ever tend to!

If you are struggling with your digestive health, book a free 15 minute meet and greet with Dr. Andrew Hubbard at Natural Choice Medical Clinic in Guelph.

But Aren’t Carbs Bad for me?

Nutrition in a Time of Chaos

Health for the Holidays: Top Tips to Keep Your Health on Track

WHERE IN GUELPH TO EAT AND SHOP DURING YOUR SPRING DETOX!

THE VERSATILITY OF HONEY

CURRY IN A HURRY

META-ANALYSIS ON ORGANIC PRODUCE AND HEALTH

NUTRITIONIST VS. DIETICIAN.....WHAT'S THE DIFFERENCE??

5 FOODS TO BALANCE YOUR HORMONES