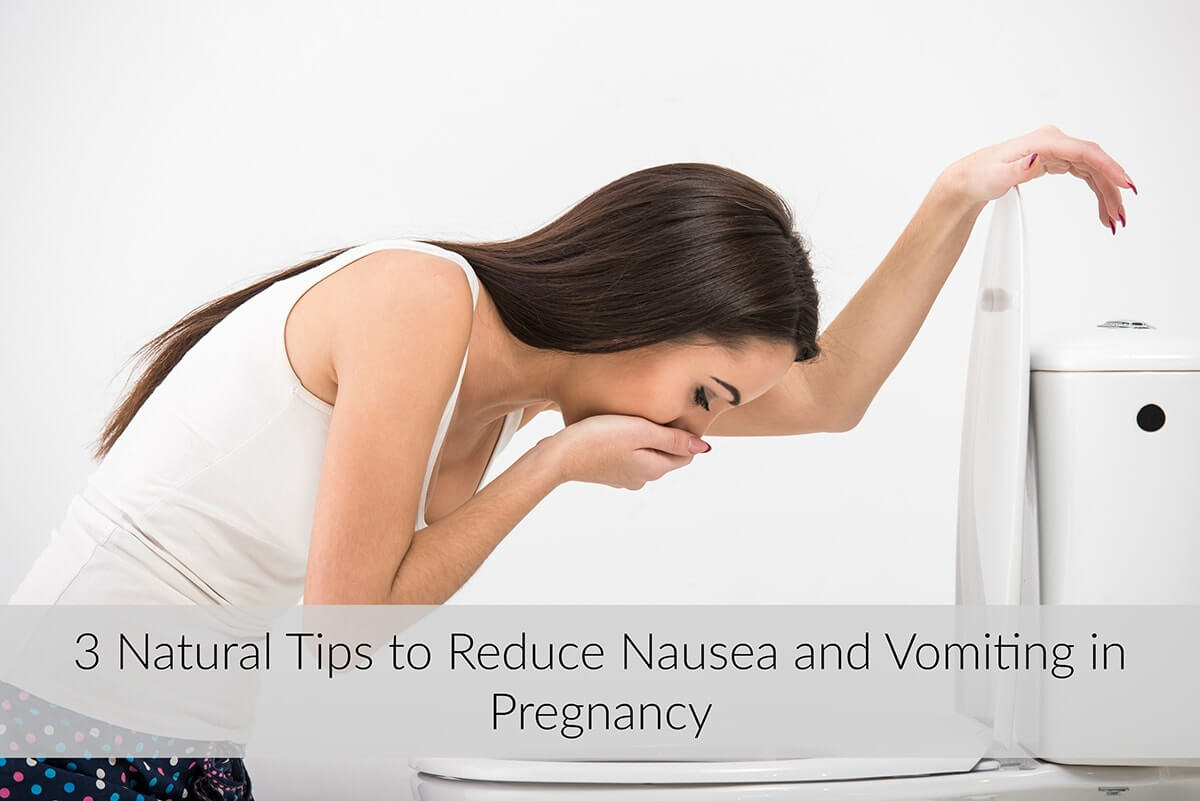 Morning sickness is a common complaint in early pregnancy. 74% of women in the first trimester experience nausea and vomiting, which unfortunately isn’t just relegated to the morning like the name might suggest. Nausea and vomiting can occur anytime throughout the day at varying severities and may potentially be induced by a multitude of triggers. In a study done in 2000, researchers found that approximately 80% of women who were experiencing first trimester nausea and/or vomiting endured their symptoms all day.

Unfortunately, the fluctuating hormones involved in maintaining a healthy pregnancy can leave women feeling debilitated, cause some to miss work or feel as though they can’t make it through the day. When your nausea is bad enough to affect your normal activities of daily living, then it’s important to bring these concerns up with your health care provider. There are a variety of treatment options available to women, which are safe and effective during pregnancy to help take the edge off. Three of my personal favourites are outlined below:

Probably one of the most common go-to herbal supplements for nausea of any kind, ginger has been well researched throughout the years and has shown benefit in nausea and vomiting during pregnancy. A meta-analysis done in 2014 reviewed 6 studies comparing ginger to placebo and found that ginger reduced the severity of nausea and number of vomiting episodes. The same study also compared ginger to dimenhydrinate, also known as Gravol, and found ginger was equally as effective as Gravol at reducing nausea severity and vomiting episodes.

B6 is considered a first line treatment in the reduction of nausea and vomiting associated with pregnancy. The commonly prescribed morning sickness drug, Diclectin, is actually a combination of high dose B6 with an antihistamine. Studies have found that when compared to placebo B6 is more effective at reducing mild to moderate nausea and vomiting.

PC6 is a common acupuncture point used to reduce nausea and vomiting. It is located on the wrist and can be stimulated by wearing a product known as SeaBands or by manual pressure with the opposite hand. The point is roughly located 3 fingerbreadths from where the hand meets the forearm. Studies have shown benefit with acupressure at PC6 to reduce nausea, vomiting and retching.

Wishing you a happy and healthy pregnancy!

Need more guidance and support during your first trimester? Book an appointment with Kelsey today at Natural Choice Medical Clinic by calling 519-265-8035 or go online to book at www.naturalchoicemedicalclinic.com.

Lacroix R, Eason E, Melzack R. Nausea and vomiting during pregnancy: A prospective study of its frequency, intensity, and patterns of change. American Journal of Obstetrics and Gynecology. 2000; 182: 931-937.

Viljoen E, Visser J, Koen N, Musekiwa A. A systemic review and meta-analysis of the effect and safety of ginger in the treatment of pregnancy-associated nausea and vomiting. Nutr J. 2014: 13:20.

What To Expect from Receiving Osteopathy

Exercising While Pregnant: The Do’s & Don’ts

3 SUPPLEMENTS TO TAKE DURING YOUR 2ND TRIMESTER FOR A HEALTHY BABY (AND MOM TOO!)