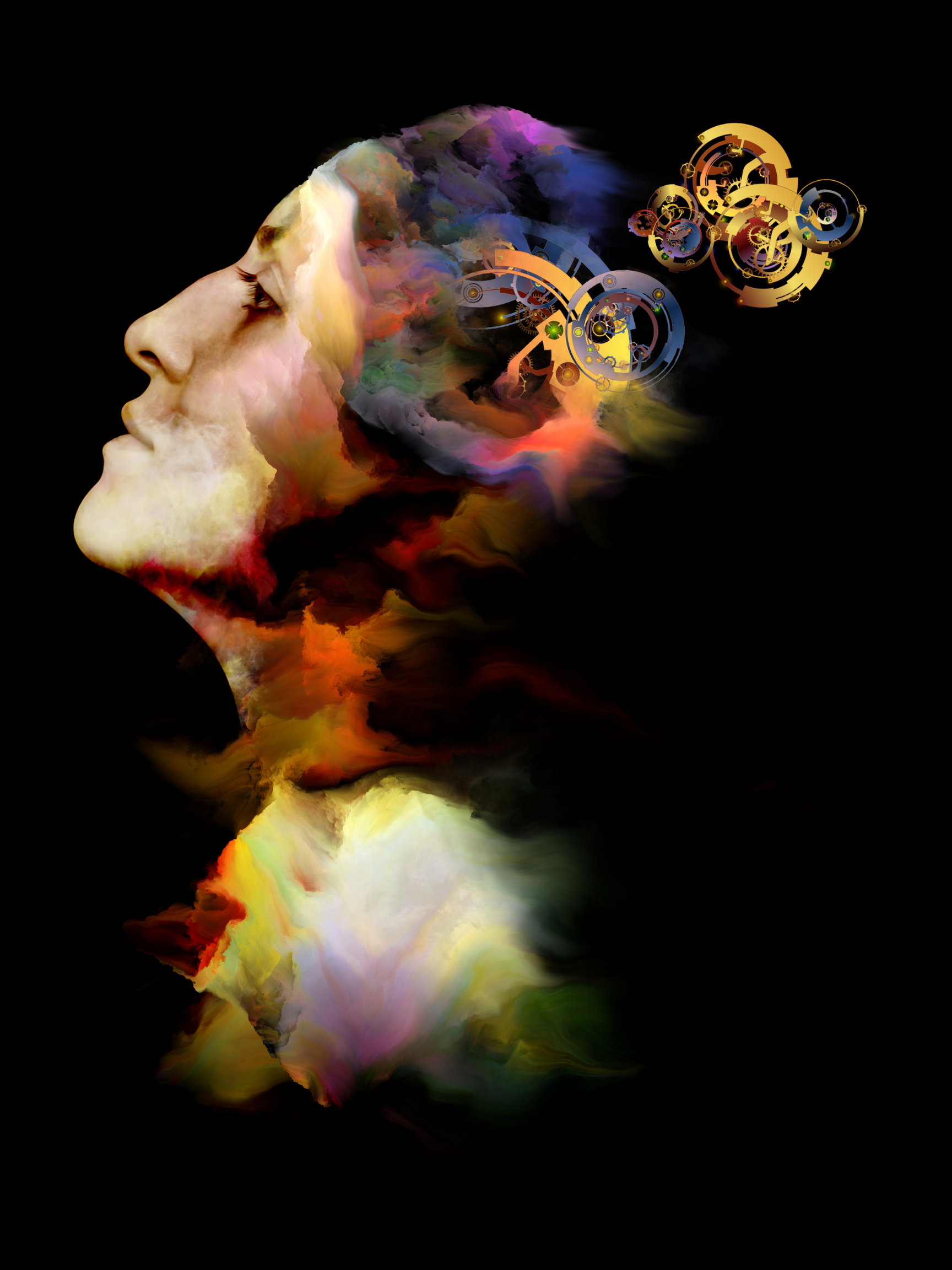 The Origin of Emotions

In part 1 of this ‘Working Through Emotions with Acupuncture’ series, we established that there’s an intricate link between our physical bodies and emotions. On the one hand, our feelings (and most importantly how we process them) can predispose us to certain types of physical conditions and ailments, both of functional and structure nature.  However, the opposite is also true, that is, what we do with our physical bodies ―i.e., what we eat & drink, when we go to sleep, the supplements and pharmaceutical drugs we take, the way we exercise, the way we breathe, and how we generally take care of our ‘physical vessels’― can have a tremendous impact on the stability of our emotions.

In this part we will take a closer look at the TCM (Traditional Chinese Medicine) take on the origin of emotions. I already discussed the idea of how certain major internal organs are directly linked to specific types of  emotions; for example, kidneys are linked to fear, urinary bladder to jealousy, spleen & pancreas to excessive sweetness, liver & gallbladder to frustration and emotional ‘stagnation’, lungs are associated with grief, and heart with joy & excessive stimulation. In other words, the mentioned feelings, when experienced in excess, can have a negative functional impact on their  associated organs. However, there’s much more to this story!

The Tale of Two Souls

To start off with, TCM presumes that we have a soul; but this soul is really a composite of a number of aspects. The way I like to think of it, is that the ‘soul’ refers to a primary intangible life-giving force; but this force is really a composite of other, smaller, forces. The first two components of this soul are the ‘ethereal’ and ‘corporeal’ soul – these two are meant to represent two sides of the same coin. The ethereal soul enters our bodies (or is ‘linked’ to our psyche) at the very time of conception, and after birth it is housed by the liver & its blood.  Upon death it leaves our bodies and goes back to the ‘non-material’ world. The corporeal soul,  also frequently referred to as the ‘animal’ soul. It enters our bodies with the first breath we take as infants, and from that point on is housed by the lungs. Upon death it returns to the earth, just like our physical bodies.

The corporeal soul allows us to enjoy the world around us; it animates the physical senses. It roots us in the physical world and it can make us feel ‘grounded’. The ethereal soul is somewhat more complex in nature. It is responsible for planning, life vision, life mission and  life dreams; it ‘expands’ our minds to explore new ideas, gives us inspiration and creativity.  This soul is considered to ‘come & go’ between its physical house ―the liver & its blood― and the non-material world from which it originates. If it ends up ‘fluctuating’ between the physical & non-material worlds too much, one can feel somewhat scattered ―or simply not grounded― in life.

For example, one may get many ideas but won’t necessarily carry through to the end with  any of them; one may get really inspired and almost ‘fired-up’ about potential projects but ends up just jumping from one thing to another and not a lot happens besides talking.  At its extreme limit of excessive fluctuation one can actually exhibit manic behavior. At its  opposite limit, when there isn’t enough of its ‘coming & going’ between the physical and non material worlds, one may end up feeling aimless in life, uninspired by anything, dull and even  fall into depression. There’s a constant interaction between the ethereal and corporeal souls; one is said to fuel the other.

Closely linked to the ethereal soul is the ‘non-material’ aspect associated with the kidneys. In some translations of the ancient TCM texts the kidneys are considered to be the ‘seat’ of the soul.  The intangible aspect associated with our emotional nature pertaining to the kidneys is the  ‘will power’. If the ‘kidney energy’ is strong, one has the ‘will’ to pursue selected goals without  paying attention to any discouraging news or any odds stacking up against one’s determination  – in others words, “if there’s a will, there’s a way” is their motto. Otherwise, if that energy is weak, there will be a general lack of motivation in all aspects of life. This will be particularly the case when a person is quite worn out, somewhat depressed, almost ‘beat-up’ or ‘defeated’ by  life, and just doesn’t have much energy but for the essential aspects of everyday living.

The Reign of the Intellect

Whenever we talk about emotions, we can never really separate that discussion from that of the intellect―the two are in a constant interplay with each other. Some people may filter out their feeling through their heads more than others, but, some sort of filtering and bias from one side to the other almost always takes place―that is, emotions may be impinging on our intellectual decisions and our intellect may be trying to squeeze itself into our feelings.  Well, it turns out that TCM accounts for this as well. This is precisely where the ‘spleen’ comes in.

The spleen is said to house our intellect, and more specifically those aspects responsible for studying, learning & applied thinking. It is concerned with the day-to-day pragmatic side of existence. When the energy associated with the spleen is out of balance, one is likely to venture into a state of brooding & obsessive thinking, either about past situations or people. At its extreme limit, the intellect may even want to ‘dominate’ to the point of essentially cutting away our connection to the processing of emotions. An example of this is  someone we would characterize as a ‘stern-type’; one that often treats other people without any warmth, or perhaps someone who won’t admit any emotion into his/her decisions.

In addition to the ethereal & corporeal souls and to the intangible aspects associated with the  kidneys and the spleen, there is another dimension to this story. This last piece of the puzzle  pertains to the heart. In the tradition of TCM, the heart ‘provides residence’ for something  referred to as the ‘shen’. Shen has a rather complex meaning and weaves together a number of  TCM concepts (beyond the scope of this simple blog post). Many authors translate this to mean the ‘mind’, though in a more holistic (or philosophical) sense ―as in encompassing both the physical and spiritual components of our being―rather than simply referring to our cerebral processes. As such, shen can roughly be seen as incorporating & integrating the mental & spiritual qualities of the major organs, that is, the heart itself, the liver, the lungs, the kidneys and the spleen.

The heart is considered to be the ‘root’ of consciousness. It also has the role and power to regulate one’s mental activity, long term memory, general emotional demeanor, as well as sleep, among many other aspects. The best way to understand what shen represents is  through the common phrase ‘clear conscious’. If someone has a ‘clear conscious’, i.e., when one’s shen is flourishing, the sleep is sound, one can think clearly and the person has a pleasant  demeanor. These are usually things we can often pick up just from briefly sizing up a person  and without even exchanging any words; one can just feel the clear, light & uplifting presence of a person with sound shen. …And, on the contrary, we can also often pick up on the opposite,  when someone’s shen is not so clear, so to speak : )

In the next blog…

In the following blog we will further explore the TCM take on emotions. Now that we have the theoretical foundations, we will dig into the more pragmatic aspects of channels and acupuncture points.

If you are wondering how TCM or Acupuncture can help you to work through your emotions, book an appointment with me at Natural Choice Medical Clinic in Guelph. I offer free virtual 15 minute meet and greets to ensure we are a good match to work together!

3 Great Exercises for Low Back Pain

What is Dry Needling?