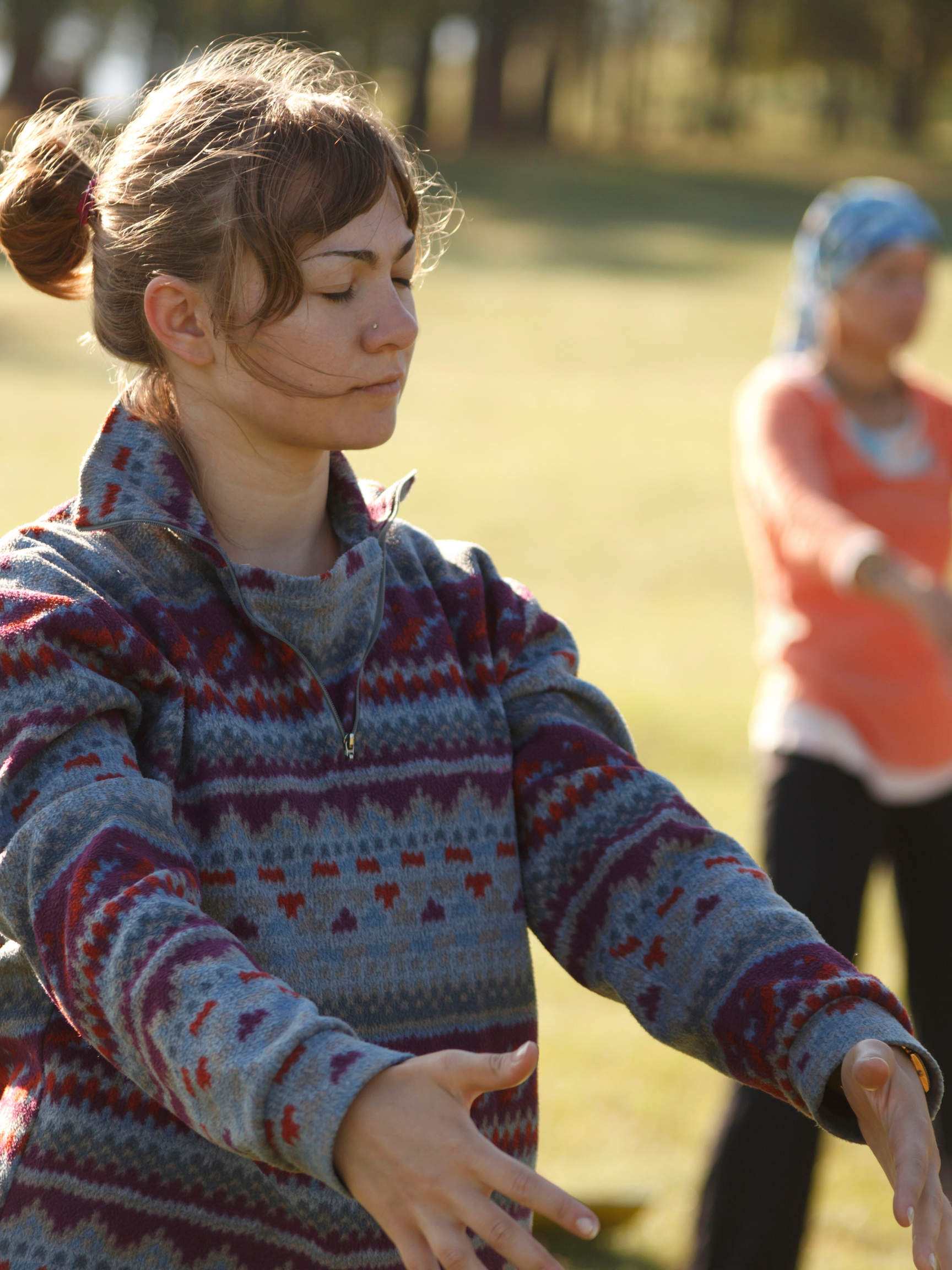 In part 1 of this ‘Working Through Emotions with Acupuncture’ series,  we established that there’s an intricate link between our physical bodies and emotions, with  the two constantly influencing each other back and forth. Then, in part 2 we laid out the foundations for the TCM take on the origin of emotions. Before delving a  little deeper into the practical side of things, we’ll now take a look at the mysterious “Qi” and its function in our emotional health.

Emotion is often said to have the implied meaning of ‘energy-in-motion’. In TCM, the fundamental energy of life, the unseen subterranean force that drives our physiological  processes, is attributed to ‘Qi’ (pronounced chee). Qi is somewhat of an abstract concept in that we cannot intrinsically observe it. We can only get glimpses of its consequences or ‘knock-on’  effects. Such glimpses can be most pronounced to the patient during the process of inserting and/or manipulating acupuncture needles. For example, one might have a sensation of  spreading warmth deep within body’s tissues right after a needle is ‘plucked’ in.

Other  characteristic manifestations can include sensation of fullness, movement, something akin to a light tingle, or a feeling of a dull, almost grappling sensation that is very difficult to localize.  (In pinyin, the phrase used to describe these sensations is, funnily enough, ‘De Qi’!)  Practitioners of acupuncture often look for specific keywords (unknowingly) expressed by patients such as heaviness, prickling pain, feeling of emptiness etc., which characterize blockages, deficiencies or excess buildups, and generally abnormal movement of Qi throughout the body. (These are subsequently used in the process of differential diagnosis.)

Now…what does this have to do with emotions? To make that link let’s explore a short quote from a classical acupuncture textbook used in schools all over the world1:

Under reasonably normal ―or rather ideal― circumstances, when the body is in good shape and the emotions experienced are relatively temporary, we should expect that no major harm will be done and thus everything will return to its previous balanced state just by virtue of our own resilience. However, it may happen that the ‘onslaught’ of specific feelings continues over a long period of time, the shock of a given experience is overwhelming, or there already is a pre-existing sensitivity to certain emotions. In such cases, the dynamics of Qi ―and consequently blood, which is said to be moved by Qi― will be impacted (as per the above  quotation).

As I mentioned in the previous blogs, certain types of feelings will target the dynamics of Qi (and blood) in particular internal organs – specifically the heart,  spleen-pancreas, liver, lungs and kidneys. If this is not ‘corrected’ in a timely manner then a stage is set for potential functional disturbances of those pertinent organs. The opposite also holds true. That is, if we somehow end up stressing a certain organ by other means such as excessively unhealthy or unbalanced diet (i.e., eating the same thing day after day after day…),  over or under-exercising our bodies, or overusing certain recreational/prescription drugs, then this will predispose us to feelings associated with those organs. For example, it is not exactly a revelation to expect someone with predilection for alcohol to be easily angered!

If the practitioner can accurately gauge what is happening at a given time to the dynamics of Qi, then the answer is yes! However, the onus here has to be split 50/50 between the practitioner and the patient. What exactly does this mean? Well, acupuncture can help to restore the convoluted inflows and outflows of Qi currents throughout the body and thus facilitate the process of restoring emotional balance. But…this does not necessarily mean that the initial cause or causes that lead to the escalation of specific emotions ―be it psychological,  spiritual, or purely habitual / physical― have been magically erased & dealt with.

Emotions often come up from our subconscious to the surface of our thoughts for a reason.  Most of the time they present us with a chance to deal with recurring situations and to clear the air ―so to speak― in our lives. That’s where the power and beauty of acupuncture comes in. Having experienced a disturbance in our emotions and then having our emotional balance restored, allows for a fresh unique perspective as to what happened to us and why. If we try to deal with a difficult situation in our lives without a healthy emotional balance in place, then it’s somewhat like ‘banging our head against a wall’. Once that balance is restored, we are  propelled to a somewhat different place in our feelings where it’s easier to see and think outside-of-the-box. This, on the other hand, can give us a wider angle of view and inspire us on how we might like to structure and approach similar or recurring situations in the future.

In the following blog…

Next time we’ll take a peek at selected meridians and attributes of certain acupuncture points with respect to emotional patterns.

If you are curious if acupuncture can help you in anyway, book an appointment with me at Natural Choice Medical Clinic on Guelph!

3 Great Exercises for Low Back Pain

What is Dry Needling?